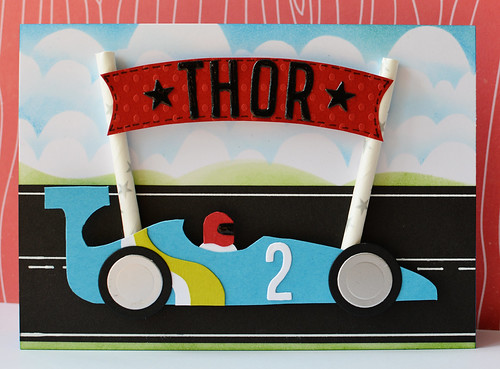 Line had a request for me to do a birthday card for Thor when he turned two in June. Since Thor’s parents (and thus Thor, I guess) are very into cars – especially those that can drive fast – I decided to do a card with a racer car. When googling racer car card (or something to that effect) I found this card and decided to do my very own take on this card. I made the scene behind the race car much more elaborate than it is on the original card by using distress inks to create a sky and some soft green hills and adding a piece of black cardstock decorated with white gel pen to serve as the road the car drives along. 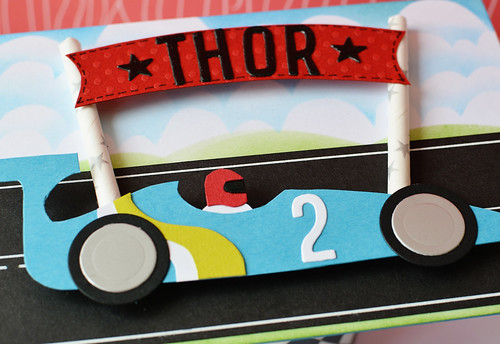 Since birth Thor’s colours have been lime, blue and white and of course his racer card had to sport these colours too. Thankfully, the car was simple to paper piece and I could use circle dies for the wheels since hand cutting circles is almost impossible. Since Thor turned two the car number was of course 2. 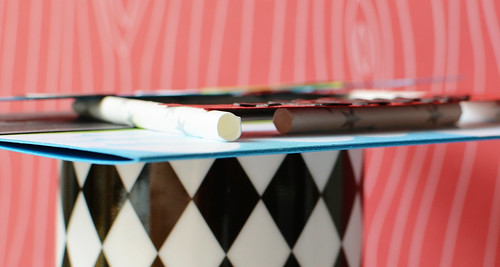 I suspended the banner from two pieces of paper straw and in order for the car to sit at the right height, I used extra pieces of the straw instead of foam adhesive. This means the card probably wouldn’t have fared well if it had gone in the mail – but thankfully it didn’t have to.