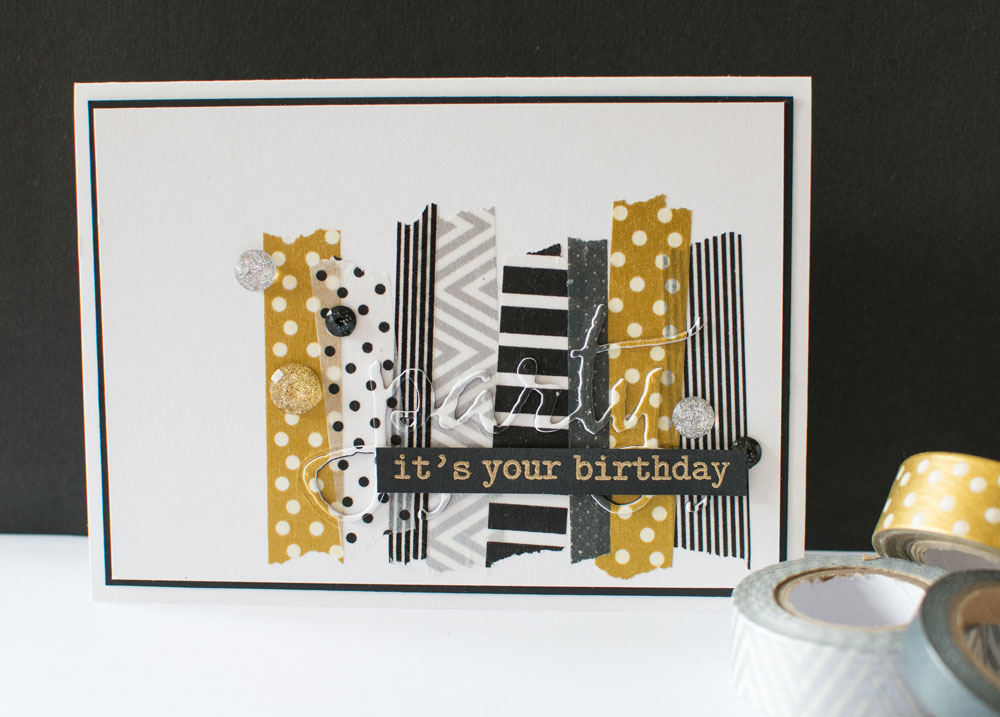 I had this card picked up by Ett Trykk for their washi theme in the August edition of the magazine, so I haven’t been able to show it until now. For this card I went with various washi tapes in black, white and gold. I added them to a white piece of cardstock in a somewhat random “pattern” overlapping the washi tapes and giving most of them a slight turn to one side or the other. 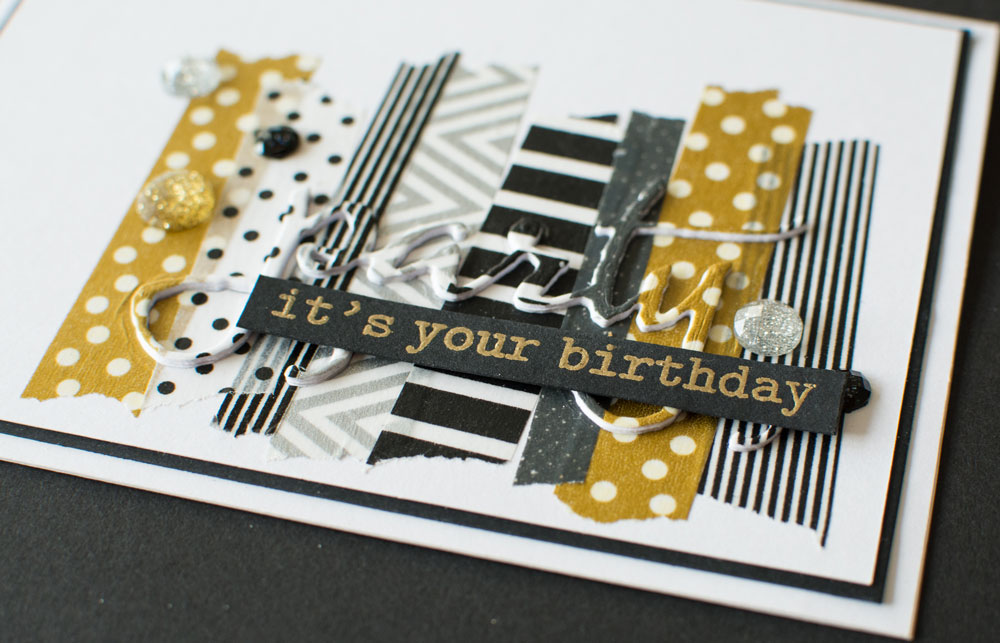 Before I went further with my design, I made sure that the die I wanted to use would fit within my washi taped area. Once I was sure it would I die cut straight through the washi tape and the cardstock. Then I die cut four more word using the same die and sandwiched them under the one covered in washi tape before fitting it back into the area the original die cut had left. This meant that my word popped up against the background and thus became visible against the surrounding pattern.
To finish the card I heat embossed a sentiment in gold on a tiny sliver of black cardstock, added it above the die cut word and then scattered some bling around my sentiment.