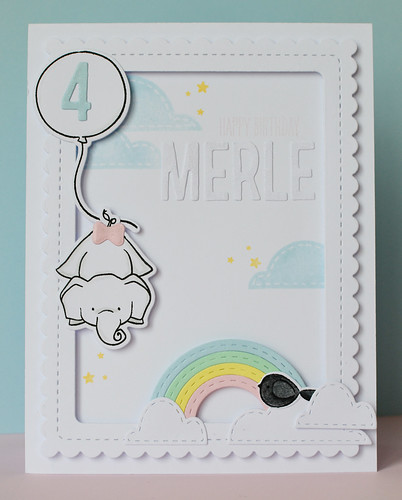 Today is a holiday in Germany but I hope that Merle.de’s birthday card arrived in time for her birthday nonetheless. I wanted to do a cute girly card for her and I went with an almost exact replica of Kara’s beautiful card with some minor additions and changes. 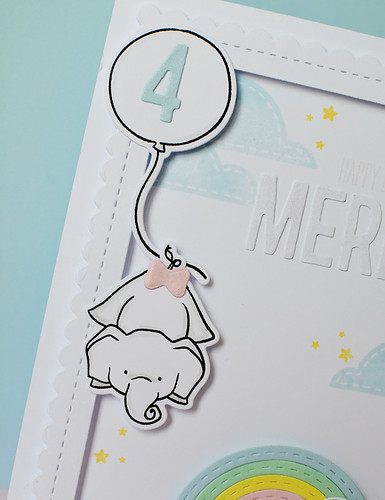 I’ve struggled with actually using these cute elephants but I really liked how Kara used and coloured it on her version of this card. So the very light colouring was something I knew I wanted to keep. 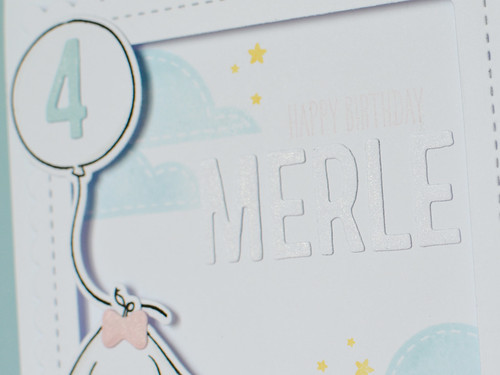 One of the changes I made relates to the sentiment: Instead of stamping a big sentiment, I diecut Merle’s name using Sizzix’ Alphanumric dies. Before adhering the letters to the card I added Wink of Stella to them. Above these letters I added a small sentiment in a very light pink colour. 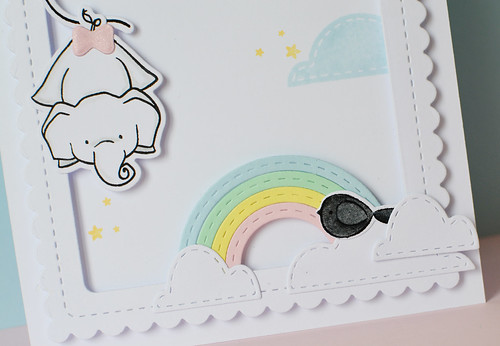 Another thing that I added to my card is the little black bird. It has come to represent the meaning of Merle’s name and I’ve used a little black bird on all her birthday cards. So it had to fit in somewhere on the card. Here it rests its wing sitting for the foot of the rainbow. 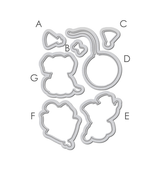