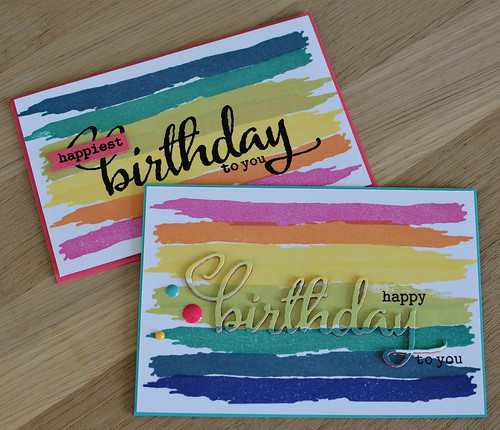 Rainbows are festive and fun and therefore I wanted to create some for birthday cards. I used Papertrey Ink’s Watercolor Wonder to build up the rainbow part of the card and Winne and Walter’s The Big, The Bold and Party stamps and die for the sentiment part. 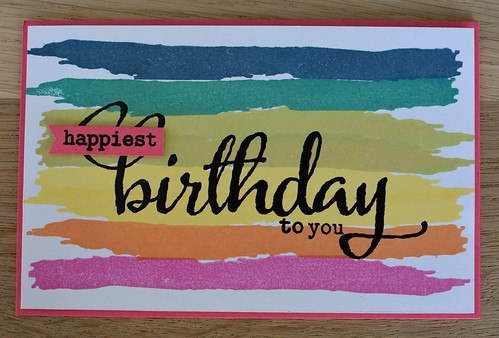 For the card with a pink base I only stamped each colour of the rainbow once which resulted in me having to cut down the card base to a smaller size. I don’t mind doing that once in a while but it was so easy to change by simly stamping a few of the colours twice when I did the next card. For this card I stamped and heat embossed the large part of the sentiment before adding the rest of the sentiment on a small slip of pink cardstock matching the card base. 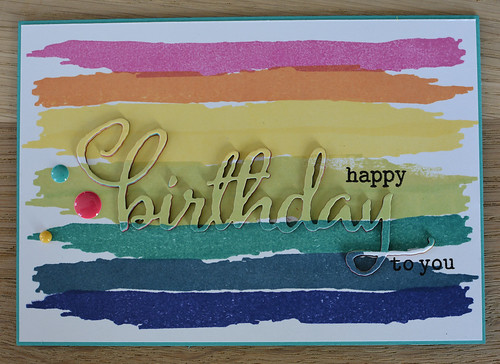 For the second card I chose to do the sentiment differently by diecutting it directly in my stamped piece of paper. Using Sizzix’ Magnetic Platform I could place the die where I wanted my sentiment to be cut out and be sure it wouldn’t move while running it through my Big Shot Plus. 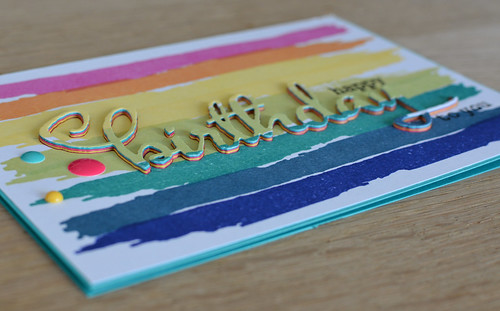 Instead of mounting the diecut on foam adhesive I layered several matching colored diecut pieces of cardstock to emphasize the rainbow effect. And finally I added a few enamel dots around the sentiment.

Sizzix Big Shot Plus Give Away 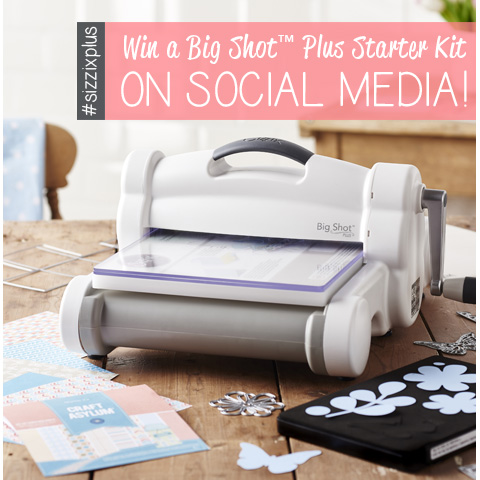 Entries close at 4pm on Friday 8th May. Good luck!

Join us on our social media pages for a fantastic giveaway where you could be the lucky winner of a Sizzix Big Shot Plus machine complete with a Starter Kit which features florals, butterflies and heart designs on Thinlits™ and Bigz™ L along with a Framelits™ die to create a cute box. Along with a new A4 sized Textured Impressions™ Embossing Folder to add more detail to your bespoke creations and patterned paper pads!

Interested in winning a Big Shot Plus Kit?
Then head on over to Sizzix and see how that might be possible.