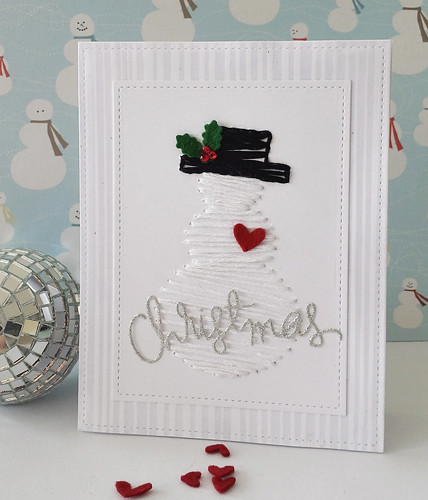 Day 4 at OCC Clean and Simple 4 inspired us to add texture to our cards in various ways and I was very inspired by Jennifer McGuire’s idea to stitch the card’s main image. I quickly settled on the idea to do a few different images and I first did an orange (which will turn up here eventually). I came up with the idea that I wanted to stitch a very simple snowman and it turns out that that is in fact relatively easy – and fun! 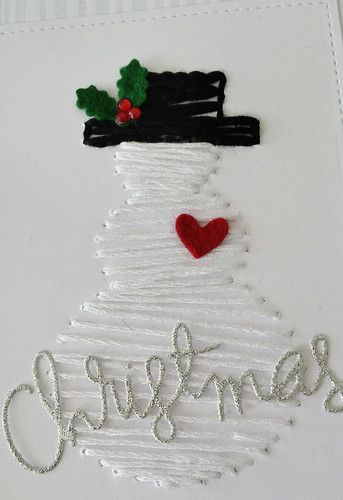 Once I had my stitching done, I knew I wanted to add some extra embellishments to the snowman. I seem to alway add some holly to my snowmen’s hats and a little heart is also a nice addition – both were diecut in thin felt. I struggled more with coming up with a sentiment but I eventually settled on a single word Christmas diecut from Simon Says Stamps Merry Christmas die. I diecut in silver glitterpaper and added it across the belly of the snowman using Tombow Mono Multi Glue. 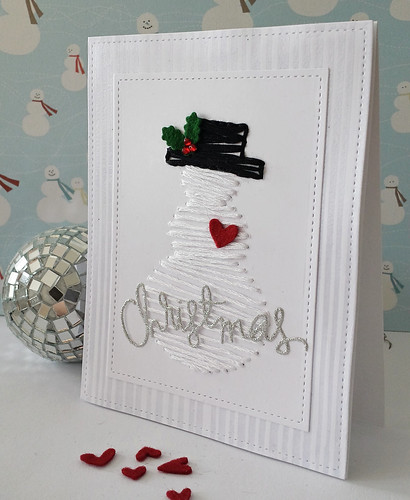 Choosing what background to add the snowman to wasn’t easy either. I tried a few things but eventually settled on a very simple embossed stripe background. I used an Artemio background stamp and some clear embossing powder to create the tone on tone background.