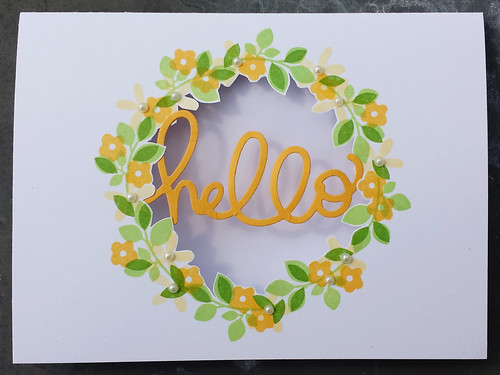 On day 9 of Stretch your stamps 2 Julie Ebersole showed us how to do a really cool card: You build a wreath using flower stamps and once the wreath is stamped, you cut out the middle and suppend the greeting in the open inner part of the wreath. It is a really fun idea and such a cool project. 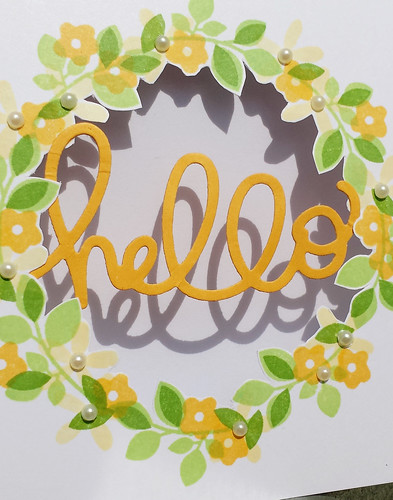 I love how – when the card is standing – you get the shadow of the greeting showing on the inside of the card. That is not something you often get on cards but it adds an extra dimension. 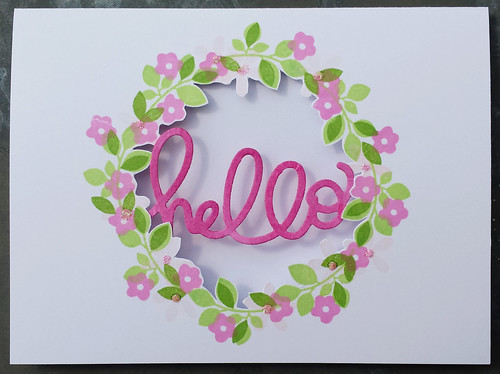 Because I liked the technique and the look of the resulting cards so much I did two similar cards just changing colours and accents. This pink version was actually the first card I did, not that it makes much difference 😉 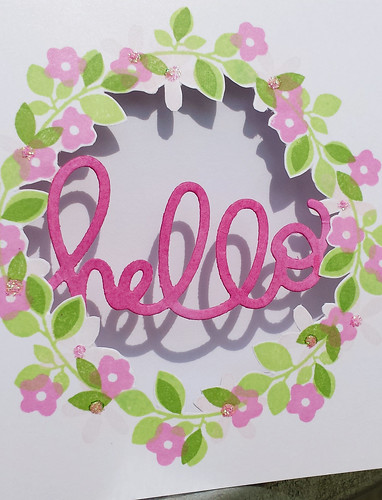 While I decorated the orange version using half pearls I did this first card with stickles. I do like glitter but I didn’t think it was substantial enough and hence the half pearls on the 2nd card. For this first card I coloured the hello using the same ink I had used for the small flowers. I like that the colours match perfectly but the word became somewhat more delicate due to the paper having been soaked with ink.